Grease pumps were also found to be failing after a very short period of operation as a result of contamination.

Contamination also promoted an intermittent failure of the system vent valve, which was preventing the needle and seat valve from sealing.

The effect on plant reliability was significant. On average 6 hours per week had been lost in operational time and an additional 12 man hours had been lost managing the situation.

In an effort to better understand the nature and extent of grease contamination that was adversely influencing operations at the site, IRS technicians fitted high-pressure grease filters to the following items of mining plant and equipment:

Grease filters were fitted to the centralised lubrication system pump on each item thus enabling technicians to filter debris, over the two week trial period, as it passed from the pump prior to entering the vent valve.

The filter element used is of wedge wire construction and is rated at 150 micron. The element has a safe working pressure of 6000psi or 41370 kPa.

Accumulated debris was solvent washed from the grease collected on the element surface. Magnets were then used to separate ferrous material from the collected debris.

Figure 1 highlights obvious signs of debris imbedded into the element. 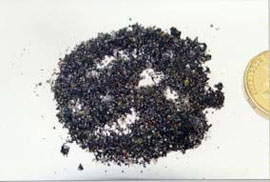 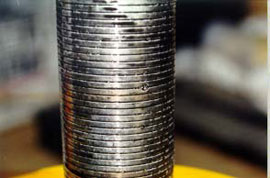 The fibrous materials consisted of wood fibre and paint chips derived from the interior lining of the on-site grease storage drums. 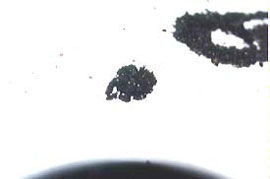 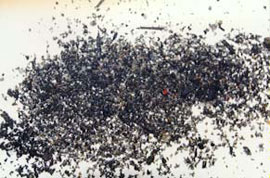 Injector failure promoted through the accumulation of unnecessary levels of contaminants will lead to inappropriate levels of lubrication that could result in catastrophic, spontaneous failures that will adversely impact on the operation and availability of mining plant and equipment at the site.

IRS recommends the immediate implementation of the following specific initiatives: 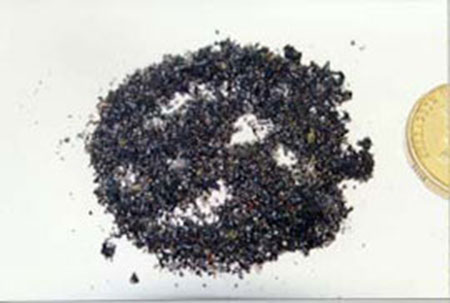